Some people love racing cars; some love drifting them. Some love fixing them up. But for Dustin Williams, his favorite thing about cars is building them. And boy does he build some amazing cars. Anyone interested in some grade-A modifications and superb looking builds should rush to subscribe to this popular YouTube channel.

With Dustin, it’s the little details that count. He puts an extraordinary amount of detail and time into his car builds, and is involved in every step of the process. Here at BendPak, we respect that attention to detail and are on board with the love he shows for every car he has.

Without strictly being a tutorial or DIY vlog, Dustin and his friends bring you along step by step on his car building journey. But his journey isn’t all about cars. From his proposal to his fiancé, to his health and fitness videos, watch this channel long enough and you’ll find a little bit of everything Dustin Williams.

Dustin has been at this for over 6 years, starting out with DIY modification videos on his Civic Si. However, as he credits in this Q&A video, it wasn’t until he got his Subaru in college that he truly began to develop his brand. Going to college and working part-time, Dustin spent his free time making videos and modifying his car. Eventually, he moved to California where he is today, working on a variety of builds—building along the way his media company: Legends media. 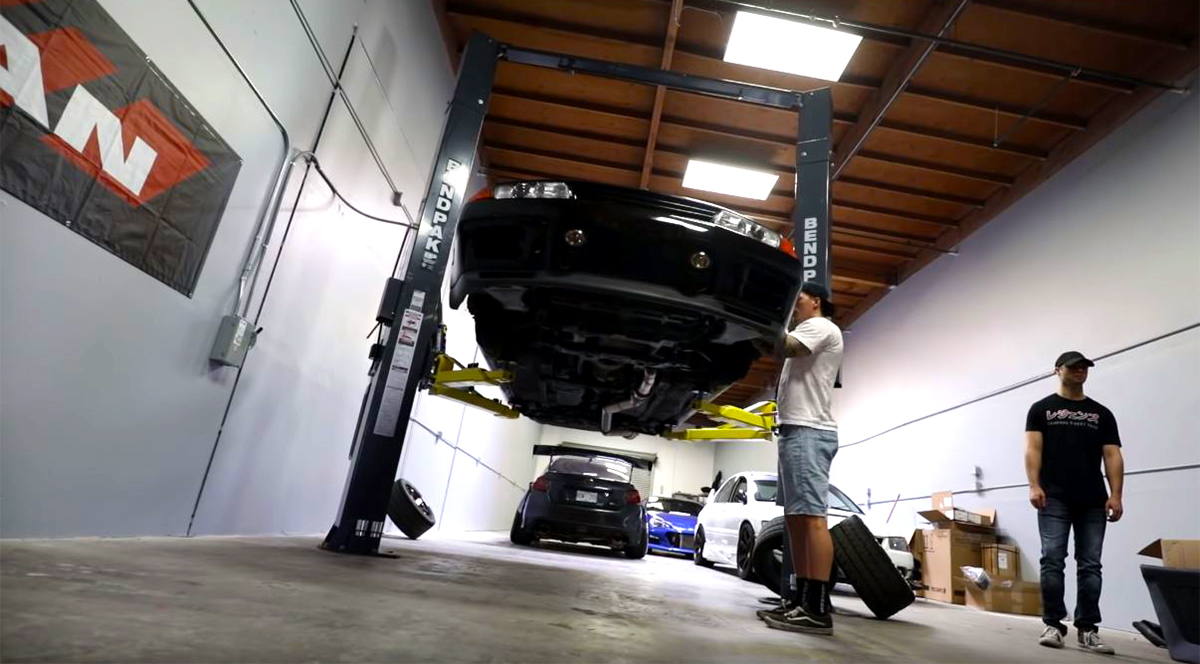 Dustin recently acquired a new shop which he has dubbed Garage Legends. With Garage Legends now outfitted with a range of BendPak products, including the XPR-10AS-168-LP two-post lift, there are sure to be plenty of new and exciting modifications to come.